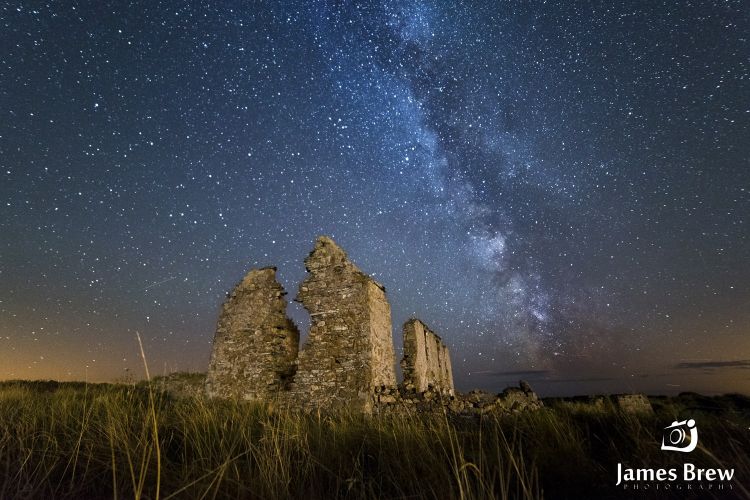 Ok, this is not our expertise, but we do know that your home on wheels is the best way to seek out the darkest, clearest skies, whilst staying warm and comfortable for the night. Now we’ll hand you over the experts, those clever people at Visit Isle of Man, who say this…

“The Isle of Man has long been recognised as having dark night skies, a valued attribute of the rural character and tranquillity of the Island.

With 26 amazing official dark sky sites dotted around the Island, heading out stargazing is the perfect night time activity for the whole family.

Many astronomical sights can be seen through the naked eye including the Orion Nebula –over 1500 light years away, the Milky Way Galaxy, and one of the Milky Way’s companion galaxies the Great Andromeda Galaxy whose light has been on its way to us for about 2.5 million years. Even more can be discovered through a telescope or binoculars!

On occasion the Northern Lights can also be spotted from the North eastern coast of the Isle of Man. Normally only seen from northerly locations such as Alaska, Norway and Iceland, the Island is quickly becoming a hotspot for watching this fascinating phenomenon.

Winter: From December through to February, a total of nine first magnitude stars (brightest stars) can be easily seen from the Isle of Man. The winter sky also shows the Milky Way in all its glory, stretching from the left hand side of Orion, through Gemini and Cassiopeia to the north western horizon. The best sites to marvel at the spectacular winter stars are:

Spring: Following on from the magnificent winter stars is the distinctive spring constellation of Leo, one of the few constellations that looks like what it is meant to represent. Leo is seen high in the South through March to May and is noticeable by one of the brightest spring stars, Regulus, the royal star. The Spring sky also shows the Constellation of Boötes and its bright start Arcturus at its best. Head to the south for the best views:

Summer: The long summer nights of June, July and August tend to minimise the opportunity for stargazing from our Island’s latitude, but there are still some spectacular sights to see. In particular about an hour or more after sunset in locations such as:

Autumn: Though fainter than the other seasons, the autumn constellations are best seen in the Manx Southern sky in September through to November. The distinctive asterism of the Square of Pegasus is clearly seen high in the Southern skies from most Manx locations, but its best from locations with a good southern horizon views such as: